When You Should Troubleshoot Electrical Problems 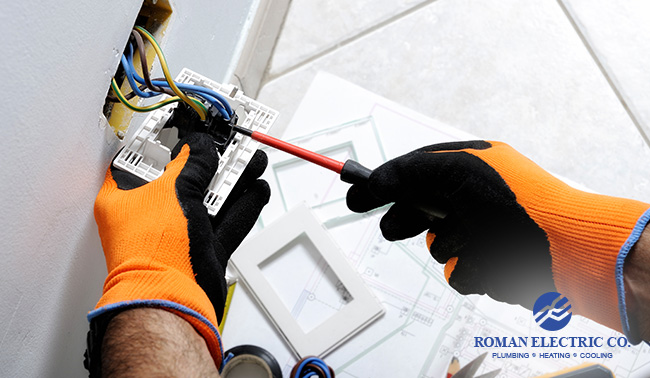 Electrical problems of any kind are frustrating, and some are downright scary! Depending on the issue in your home, you could be forced to deal with anything from some temporary darkness to a spark that catches fire. But how are you supposed to know when you should troubleshoot electrical problems as opposed to calling a professional electrician to take a look? Let the experts at Roman Electric help you tell the difference!

We’ll break down the situations when it would be most appropriate to call an electrician. Keep in mind, though, that even the simplest and least-threatening electrical issues can become dangerous in a hurry. If you’re on the fence about a DIY job or unsure about something, when in doubt call a professional.

When Not to Troubleshoot

Because electricity courses through all of our homes and powers such a wide range of appliances and devices, the power output can vary greatly. While it’s generally never a good idea to dive headfirst into electrical troubleshooting, so to speak, you don’t want to attempt it at all when the current is being affected.

Electrical currents can surge – like when lightning strikes your home’s power grid and spikes the power levels – even if it’s not as overwhelming as the surges during a storm. Power spikes can happen suddenly and without warning, so avoid attempting any troubleshooting if the current itself is involved.

That means things like flickering lights, overheated outlets and breakers that trip repeatedly are off-limits. While we can’t list every possible electrical problem you’ll encounter, we want to stress that any time you think you’ve got a current-related problem, you should call an electrician immediately.

When It’s (Sometimes) Okay to Troubleshoot

Although we don’t want to give the green light for you to attempt to troubleshoot electrical problems that don’t fall into the above category, there are a few that are generally viewed as safer to tackle.

If your electrical issue involves a broken physical object, then you’re probably okay to try a fix yourself. If you’re dealing with a loose outlet, a broken light switch or a broken extension cord, then fixing that yourself shouldn’t be a problem.

When to Replace a Light Switch

However, if you begin to fix it and uncover some more serious issues, don’t try and plow through it. Just drop what you’re doing and call someone who has been professionally trained in this area. Even if you’ve gotten halfway through the job, this isn’t the time to try and wing it.

When in Doubt: Call an Expert

If the risk you might encounter while troubleshooting an electrical problem is too great, or if you would just rather let an expert handle it from the get-go, give Roman Electric a call!

Our team has years of experience and a wealth of knowledge to help you out. Even if it turns out to be something small, you’d rather be safe than sorry! Give us a call at 414-771-5400 for the best service in the Milwaukee area!