3 Signs Your Garbage Disposal Is About to Break 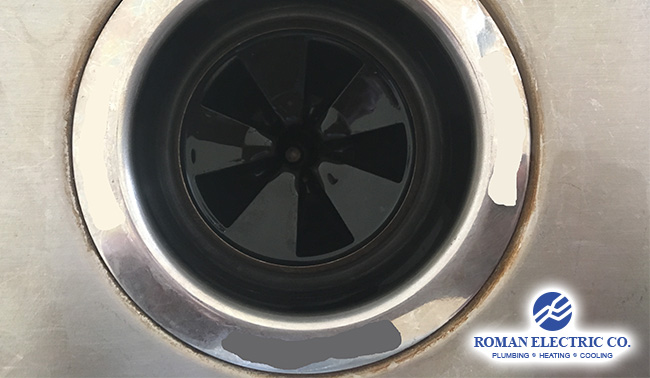 Your garbage disposal tends to be the go-to solution when there’s unwanted food or debris in your kitchen sink – and for good reason too. Garbage disposals can break down and remove even large pieces of food with little effort, further pushing them down the drain all at the flick of a switch. This makes meal cleanups quick and efficient. Manual cleanup can seem unthinkable after you’ve used a garbage disposal for the first time.

That’s why Roman Electric recommends you know some signs your garbage disposal might be about to break. Recognizing the signs can help you address the situation before it exacerbates. It can also help to ensure your daily routines remain unhindered by a faulty disposal.

Below are 3 signs your garbage disposal is about to break:

1. Bad Smells Are Coming from Your Garbage Disposal

While garbage disposals can break down considerable amounts of food and debris, that doesn’t mean they don’t have their limits. Too much food or debris in a garbage disposal can lead to a clog, which can prevent any food from going down the drain. This can produce a foul smell as the lodged food begins to rot.

Additionally, this can happen if you’ve poured grease, fat, or oil down the drain. These substances can solidify at room temperature, which can prevent your garbage disposal from working. This also can create some bad smells, as the grease, fail, or oil mold in the piping.

Pro Tip: Memorize the acronym FOG (fat, grease, and oil) to remember which items to avoid putting down your garbage disposal.

2. Water Is Leaking from Your Garbage Disposal

Another side-effect of a clog in your garbage disposal is water leakage. Food can’t move through the pipes if there’s a blockage, and neither can water. Clogged pipes can cause water buildup, which also causes leakage.

If there is a bad smell coming from your garbage disposal, we recommend checking under the sink to see if any leakage is present. If so, you’ll want to contact Roman Electric for further consultation.

Hearing a grinding sound when running your garbage disposal is normal. After all, its function is to pulverize! But when these sounds start getting abnormal, you may need to have it inspected.

The sound your garbage disposal is making can indicate the source of the problem:

If any of these signs apply to your garbage disposal, we recommend having it looked at by the professionals at Roman Electric. Our dedicated team of technicians are thoroughly trained to handle garbage disposal repair or replacement.

We’ll perform a full diagnosis of your garbage disposal and provide cost-effective solutions. If you would like to speak to Milwaukee’s leading technicians, give us a call at 414-771-5400 to get started.