How to Avoid Standby Energy Loss 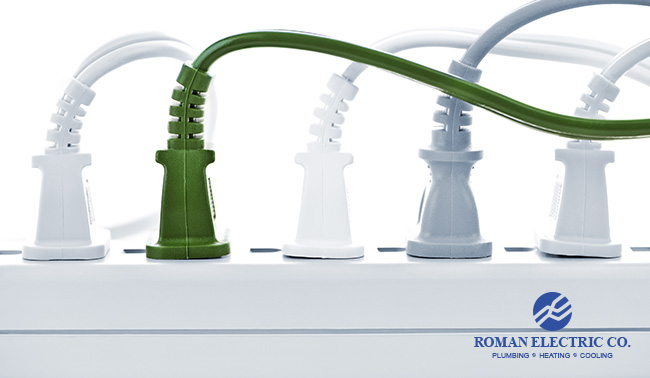 We’re all in the business of trying to save money — especially by reducing the amount of energy we use, if only so the energy bill comes out to be a little lower every month. So it makes sense to try and find ways to cut costs where we can. One way a lot of us do that is by going out of our way to turn off appliances and devices when we aren’t using them.

And this is good! Leaving appliances on definitely uses up excess energy that we could be saving. But did you know that turning something off doesn’t completely cut off the amount of power it’s using? Because of something called standby energy, we aren’t saving all we could be. Here’s a quick rundown from the electrical experts at Roman Electric on what standby energy is, and how you can avoid it at home!

What Is Standby Energy Loss?

This is a name given to the power that your appliance, device or power strip still uses even when it’s been turned off. Even though the device isn’t actively using electricity to operate, some of them need to stay connected, even at a minimum level.

Passive energy allows devices to update, but it also exists because a device has to stay *slightly* connected so it can receive a signal to activate when you do turn it on. Passive energy, also known as “vampire energy,” sucks electricity without you knowing it.

Some appliances that suffer from standby energy loss include:

How Do You Avoid It?

Standby energy is aggravating. It can account for a few hundred dollars in average energy costs over the course of a year, which drives home just how much energy these devices are actually using when they’ve been switched off!

The only surefire way to ensure you don’t suffer from standby energy loss is by unplugging your appliances or devices when you’re not using them. However, this isn’t really all that practical for a lot of us. We have dozens of devices that are plugged in at any one time, and going through your home to unplug every. single. one. is tedious and oftentimes isn’t worth the savings you may receive.

But you can still make a difference! The easiest way to combat standby energy loss is by consolidating several devices into a power strip. That way, you can switch off several of your electronics with the flip of a switch instead of going one-by-one.

Other ways to fight it include:

Hopefully these tips have made fighting standby energy loss a less intimidating task. It can seem daunting, but through a few minor adjustments you can cut down on the amount of energy you use.

Roman Electric’s goal is to make sure our Milwaukee neighbors have the most energy-efficient electrical solutions around. Whether you’re hoping for a whole-home revamp or just need some pointers, we’re here to help! Give us a call at 414-771-5400 for more information today!