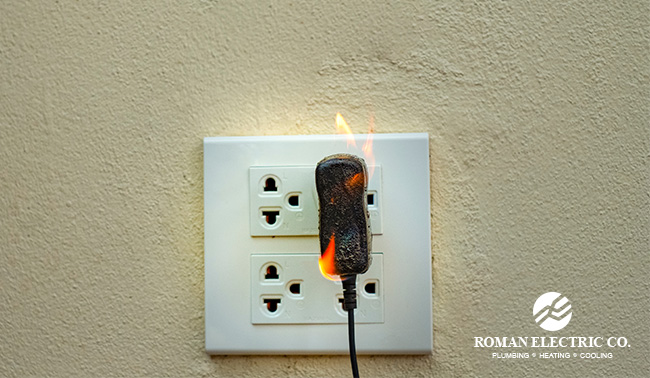 When a short circuit happens, you’ve got no choice but to drop whatever you’re currently doing. Something has gone wrong somewhere, and you can’t just ignore it and keep on pretending like nothing happened. But that’s just the first step in the process to restoring power to whatever just lost it. How are you supposed to know what caused the short circuit, and what can you do figure out where it happened?

Let the electrical experts at Roman Electric guide you through it! Isolating the cause of a short circuit is a fairly straightforward process, but if you don’t know where to look, it can get complicated. We’ll walk you through the steps of tracing a short circuit so you can diagnose where your attention should lie. And if you’d rather just let a professional do the dirty work, we’ve got you covered!

Before you even start thinking about tinkering with volatile electrical components, cut the power to your breaker or fuse box. You don’t want to accidentally injure yourself doing something dangerous, so make sure that no power is running through the circuits you’re about to be inspecting.

As a double-safety precaution, turn off light switches and unplug any appliances you can think of. This is no time to skip being careful. It only takes a few minutes, and you’d rather take a bit longer to ensure your safety than risk serious harm because you were impatient.

Problem with the Circuit?

To find out where the short is, you’ve got to narrow down your options. Now that all your appliances are unplugged and your switches are turned off, reset the breaker. Either flip the switch or replace a fuse, depending on the type of box you have.

Next, see if the short has occurred again. If it happens immediately, then the odds are high that you’ve got a problem with a circuit itself or with your electrical system as a whole.

However, if none of the switches have tripped or no fuses have blown again, then you know the problem is somewhere in the house with a specific circuit. Go one-by-one, flipping light switches until the short happens again. Sometimes it’ll happen soon, but it may take some time until you figure it out.

But if it doesn’t happen at all, then you’ve only got one possibility left: it’s the fault of a specific appliance. Plug them in one at a time to see which one triggers the short, and you’ll have your answer. Either swap out your appliance for a new one, or call an electrician to fix it.

DIY electrical solutions can be dangerous, so you always need to observe proper electrical safety while you’re working on them. If you’d rather let a professional handle this potentially serious issue, let us solve your problem. The experts at Roman Electric are well-versed in circuitry and can help identify your issue in no time.