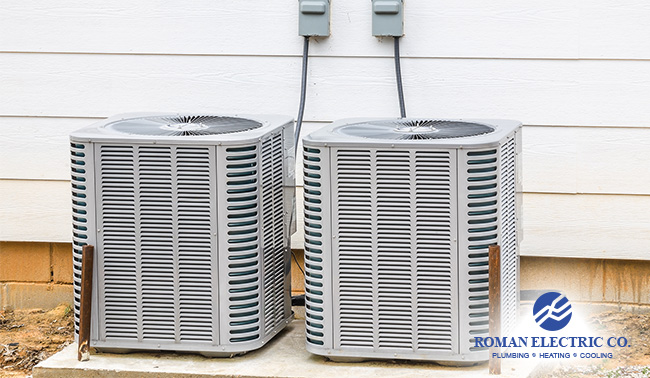 From the outside looking in, it might not seem like Milwaukee has much to worry about when it comes to AC problems. But those people would be surprised! If you’ve lived here for any amount of time at all, then you know how easy it is for something to go wrong. Despite our notoriously cold winters, the summers aren’t anything to laugh at.

Here are a few of the more common HVAC complaints we here at Roman Electric tend to get from our Milwaukee neighbors. If you experience any of these, don’t wait around in the hopes that they’ll fix themselves. Time is of the essence, so get in touch with the pros you can trust!

You should have an idea of how much your energy bills should cost at the different points of the year. Winters will probably be more expensive if you have your heater running constantly, and the summers might be a little less costly if you avoid turning the AC on full blast all the time.

So when your costs spike all of a sudden, that will understandably set off some alarms in your head. When this happens and you don’t know why, let us figure it out for you!

Strange Noises in Your Home

If you’ve been in your home for a while, you’ve gotten accustomed to the usual creaks and squeaks you hear. Most of them are harmless, so you’re good at ignoring them since they haven’t been a problem up to this point.

All it takes is one or two unusual sounds to raise some questions, though. When the ducts start rattling, or when the AC starts groaning, it’s time to call a professional to come take a look. This might just be the newest member of the “sounds you can ignore” club, but it also might mean something more serious.

The first job of an HVAC unit is to funnel air through your ducts and out the vents. So when the air isn’t coming out at the right temperatures – or at all – you should rightfully be concerned. While we can’t say that you’ve clearly got a mechanical problem on your hands, you’d rather be safe than sorry. If you let a technician inspect your system to check for an issue, you’ll at least know for sure one way or the other.

It might be because your ducts have an obstruction, or it could be the system working out a minor kink that won’t be a problem in a day. Either way, it’s something a professional will figure out for you.

If your home is experiencing one of the above issues – or another one entirely – don’t wait around hoping that it’ll go away. Oftentimes, kicking the can down the road can make things worse. Prevent the problem from becoming worse by calling Roman Electric at 414-771-5400 today!