Circuit Breakers vs Fuses: Which One is Safer? 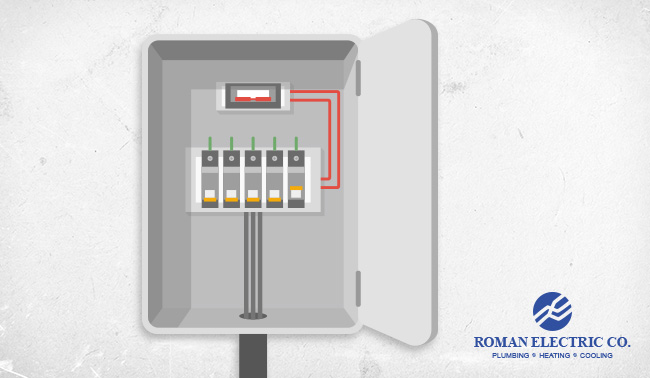 When building a new home, you’re faced with an insane amount of decision-making every step of the way. What kind of tile do you want in the bathroom? How many windows are you putting in? Is there going to be a good amount of outlets in the home?

The questions never stop coming. One you may be struggling with – or one you might not have put any thought to at all – is the choice of implementing circuit breakers or fuses in your electrical panel. Each one has its strengths and weaknesses, and deciding between one or the other can be a tough call. How do you know which is safer?

Roman Electric can help you make that choice, or at least help you weigh the pros and cons of both. We’re committed to helping our neighbors make the right choices when it comes to electrical safety, so don’t hesitate to get in touch with us. Our electricians will work with you to develop the right solution for you, no questions asked.

Both circuit breakers and fuses are ways of preventing an electrical overload from occurring and potentially harming your home’s electrical grid. They each prevent this from happening through different ways: circuit breakers automatically flip, “breaking” the circuit. Fuses, on the other hand, have a filament that physically melts, preventing the current from continuing to flow.

Each one does its job, but they don’t work interchangeably for everyone. Here’s where they differ as well as where they align.

If you’re looking for the money-saving advantage between the two, then fuses could be the right move. They’re relatively inexpensive, so they’re easily replaceable. However, the trouble for a homeowner lies in the replacement aspect of the process.

When you add fuses, you have to put in ones that are outfitted for the ideal electrical load your home has. A fuse that is too large or too small won’t operate as intended, and that could lead to trouble. A too-small fuse will overload early, while one that is too large will allow circuits to generate too much power before melting.

They can also explode, sending dangerous pieces of shrapnel everywhere in the case of an emergency.

On the other hand, circuit breakers tend to not be as dangerous. Sure, they’re going to cost more on the front end to install, but a breaker is simply going to trip when the current gets too high. It won’t melt or explode, and you don’t have to handle live electricity when getting it back in order – like you would when replacing a fuse.

For those reasons, a circuit breaker is generally preferred over fuses. However, not every situation is the same. We can’t definitively recommend one over the other without taking a look at your home – so give us a call at 414-771-5400 to schedule an appointment.

Roman Electric is prepared to work with you to find the right solution, and we’ll stop at nothing until we do!